The market for Agricultural Land is , like every other commodity, governed by the fundamental economic laws of Supply and Demand. In Ireland and in particular in Kerry, Demand always outstrips Supply. As the saying goes, they aren’t making any more of it.

So Supply is finite and in fact Supply is shrinking considerably on an annual basis. On the Demand side , it gets more complicated when we differentiate between needs and wants.

In order to attempt to predict  the future Land Market in Ireland, perhaps it is beneficial to look into the past and see how various factors have influenced this specialised market.

As already stated, the Supply of Agricultural land  coming to the market is small and typically only about 0.5% of the Irish farmland landmass. Thus, the average acre of Agricultural Land only comes on to the market once in every 200 years. This timespan represents up to Six generations of families. So ‘once in a lifetime’ saying is a complete understatement !!!

We often forget about or maybe we are unaware of the significant area of land that is taken away from farming on an annual basis. Consider areas withdrawn for Housing, Sporting facilities, Roads and Forestry. Remember, this land area, once withdrawn from farming, is not being replaced.

Various EU Directives have placed considerable areas of farmland in Ireland under Designation status. This designation once placed on lands, imposes an economic loss to the Owners as once land is ‘Designated’ , certain restrictions kick in and both the Capital Value and earning power of such lands decline straight away.

The Fishler reforms of the CAP, came into effect during the last decade of the last century. This change saw the advent of the Direct Payment system of the CAP. More recently, we see the arrival of ‘Entitlements’ under the CAP. Though not tied to any individual land area, these Entitlements have had a positive effect on the land market and in turn land prices

Land as an Asset, is now a very efficient way of transferring wealth through generations. As well as considerable Tax breaks available on the transfer of land, there are additional Tax advantages available for the long term leasing of Agricultural land. These tax incentives have attracted many non farmers into the land market in recent years and there have had  a very positive influence on land prices.

Dairy farmers , have been the main buyers of land in the recent past. However, lending institutions have now, quite rightly , switched the emphasis on borrowing requirements away from provision of Security and more on to an ‘ability to repay’. This means that there are fewer farmers who can fund significant land acquisitions through borrowing . This factor seems to have provided fewer but stronger farmer clients wishing to purchase land on the open market.

Much has been made of the term ‘zoned lands’ in the past. Indeed at one period in time if land was ‘zoned’ , it was akin to winning the Lotto. This is not necessarily true in modern times. Some land that is zoned, does attract a premium when it comes on the market but this premium is seriously influenced by many additional factors such as location, infrastructure, density etc etc . Indeed, some ‘zoned’ lands have come to market and struggled to attract any premium on the agricultural land price unzoned.

Negative Interest Rates first appeared around 2014 whereby the ECB introduced the policy for eurozone countries. It is reported that there is Circa €125 bn sitting on Irish bank savings and deposit accounts as of late 2020. It is very likely that Irish banks will move to negative interest rates in the near future thus charging depositors a fee to hold their deposits for them. While it is impossible to predict the future, but is possible that those with significant cash deposits will look at the Irish land market for a home for their spoils. This would create a sellers market in a very short time.

The age profile of Irish land ownership provides an interesting study in its own right. There are now  more farmers aged over 65 that under 35 years. This is coupled with the absence of a farming successor on many of these farms. While many of these farms are and will be leased out short term, it is likely that  some will be offered for sale on the open market.

Buying or Selling land is the most important decision many people will make in their life-time. We meet such individuals on a daily basis and we consistently try to summarise the process as much as possible while not loosing the importance of each element of the process. Due to Covid restrictions, 2020 saw a significant decrease in acreage offered for sale. Of the properties that were offered for sale, the vast majority were offered for sale by way of Private Treaty.

We very rarely advise our clients to take a property to Public Auction without first sounding out the market on a Private Treaty basis. We now have the additional option in the Online Auction which has proved very beneficial and totally transparent to all interested parties. Sometimes, a combination of a few options delivers the best result.

So it is clear that the Agricultural land market is a specialised market which is influenced by many factors and is ever changing. One fact is important though and this is that Agricultural land is a secure Asset into which to put money bearing the past performance in mind. Sellers must also bear in mind that the current market forces are pushing prices up and its impossible how long this will last. 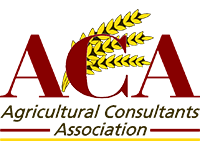 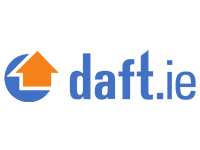 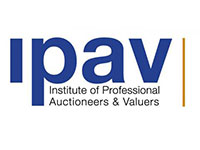